For whom: Ketenci Primary School students and Ketenci Village residents
With whom: Erzurum Ataturk University Department of Architecture, university students
When: 2019

Between April and August 2019, we designed and realized projects with Erzurum Atatürk University Architecture Department for Ketenci village primary school in Erzurum Hınıs district. In Ketenci, which we reached through the teacher Eda Ülker, whom we met during our work in Güllü village last year, projects were designed and applied not only for school students but also for the whole villagers.

We started our studies for Ketenci with an expedition on April 9 with Erzurum Atatürk University Department of Architecture and 1st year students of architecture of the same university. Following this expedition, where activities such as seeing the school and village, documentation, taking the survey of the school, interviews with the school students, the mukhtar and the villagers were done, we returned to the university and started the design process by discussing the first observations and ideas. After the intensive analyzes, projects about, in which nearly eighty students worked in groups until the end of the semester, library and multi-use units for the school’s interior, playground and sports activities for the school yard, and communal use of the village, the use of the dormitory building for young people and women and new building proposals for the production and education of women in the village were developed. Among these projects, we discussed and elaborated the furniture scale ones for interior design and produced them at the “Yapı Unplugged 02” workshop held in the 442nd Building Fair – Turkeybuild Istanbul on 20-22 June and sent them to Ketenci. After this workshop, we continued to prepare the organization for the construction workshop to be held in Ketenci.

The construction workshop at Ketenci took place in 24-31 August. We were able to include 10 architecture students and 1 interior architect among the 174 students and graduates who applied for the open call for the construction workshop because of the workshop capacity. 5 members of our association also took part in the workshop. We met with the workshop participants in the center of Erzurum on 23 August and went to the village together. We dispersed and settled into 4 houses in the village and after the information and acquaintance meeting the next morning, we started to work quickly. The unused classroom where we will place the library and seating units, the corner of the football field in the back yard where the tribune will be located, the small field between the lodgement and the school building and the small room that will be the teacher’s room were our working points.

We started our works in the unused classroom by pulling out the materials in the stacked state. Because of the tendency of the whole plaster to fall out as we started to dismantle the wall for the deterioration occurring around the stove pipe and under the chimney, we decided to replace the plaster of the upper part of this wall after a wooden margent, which had no window and located on the north side, and left the part under the beam with a stone masonry outlook. On this wall, we did plaster removal, repair mortar application, grouting with white cement, plastering the upper part of the beam, painting and margent mounting works. On the other walls of the classroom, we scraped the existing paint and after the roughcast repairs required, we applied gypsum plaster on all walls. Following the drying of the plaster, we painted the walls in white and then we did the assembly and fixing of the furniture coming from the fair.

After assembling, we painted child figures on the wall surfaces above the seating units. For this class, we also produced a table and two wall shelves made of leftover wooden materials that we get from fair and from a furniture shop Erzurum.

The other room in the school, which is a small room, was used as a storage room. Considering the school teacher’s request for an independent room, we rearranged the storage units in this room and produced tables and shelves for the teacher’s use. These productions were also made with leftover wooden materials.

For the tribune, we first decided the application points, which was thought to be in the flattened area by the mukhtar for football field behind the lodging building. According to this decision, we positioned the tribune in the northwest corner of the area, close to the upper level and street lighting. We cleaned stones in the area both for cleaning the field and using them in the tribune construction. The tribune was formed to consist of 4 separate blocks that were successive in three directions but directed to different angles. The sitting heights and widths of these masses also differed. In addition to the previously produced designs, the existing ground conditions in terms of component and slope were had also affected the shaping of the tribune. These conditions led to the construction of a stone wall embankment between the rocks that could not be removed from the front. First we did the molds and concrete casting of the long wings  one day apart. Then we did the short ones in the same day. After removal of the molds, we filled the area between the blocks and their surrounding with small stones we collected from the field and laid sand on them. In addition to this tribune above, we also built a three-level tribune tribune for the small playground between the lodgement and the school by using the ground slope and big stones nearby,, which is also considered in the students’ projects. The sets of this tribune shortened upwards.

Villagers took part in every stage of our works in Ketenci. In addition to labor sharing, there were also those who shared their materials and knowledge of craftsmanship. We were always very warmly welcomed in the houses we stayed in in the village and in the djemevi which we used for some meals. We thank to all people of Ketenci who emphasized the importance of the school for the village life since the beginning of the process, who are struggling not to close it even if it is close to the number of ten students, which rises to the possibility of the closure; to teacher Eda Ülker for be our contact with Ketenci; to Erzurum Atatürk Univestity Department of Architecture for their harmonious partnership; to District Governorship of Hınıs, Directorship of Ministry of Education of Erzurum and Hınıs, Building Fair – Turkeybuild Istanbul, Arkitera and Erzurum Ofis Mobilya for their supports. We also would like to thank all the participants, including those who applied to the workshop, who have shared their efforts intensively and the created a pleasant workshop environment. 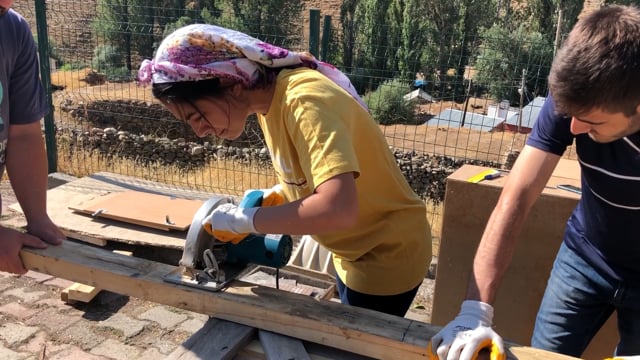 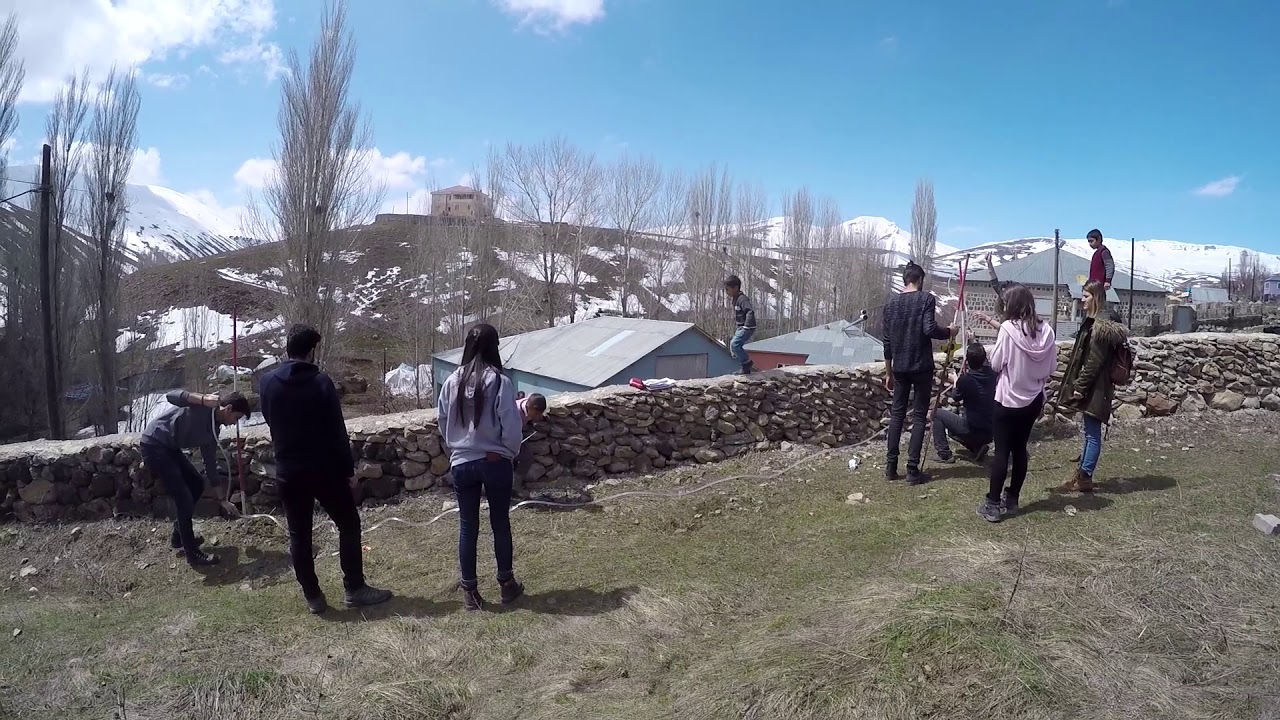