For whom: İzmir Ödemiş Ovakent Village, mentally disabled students from Ödemiş Region
With whom: University students
When: 2014-2015

In the scope of the Abandoned Rural Schools Ovakent Project, we constructed a cafeteria between January and June of 2015. This cafeteria was built in a size of 60 square meters to meet the need of the school students, replacing the old warehouse and the kitchen which were demolished.

The project for this had begun in 2013 during the exploration of the school and design studies. In the summer of 2014, we had carried out a landscape workshop for high school students, followed by two workshops in universities with students. After completing the renovation of main school building in 2014, and the agricultural workshop, we speeded up the work for the cafeteria building. During the design workshops, we originally designed the cafeteria with wood material. After not getting the adequate support for wood, we decided to use reinforced concrete and aerated-concrete. At this point AKG Gazbetons’ support for the project was very useful.

On November 29th, we visited AKG’s factory in İzmir with a group of 14 people, including out members and university students. We had the opportunity to get information on the gas concrete bricks in the factory and saw the production stages. After exchanging ideas with AKG’s architects for the cafeteria project, we made the project for implementation within a month. In addition to walls of the new building with gas concrete bricks, we also built the roof using gas concrete panels. By positioning the structure perpendicular to the garden door and pulled back from the garden wall, we aimed to expand the cafeteria to the east section of the garden if necessary.

Construction works for the project began in late 2015 and continued until June, depending on weather conditions and material supplies. Mehmet Usta, who was a craftsman in the village led his team during the entire construction, and we participated for a total of five times of varying lengths. After constructing the skeletal system, craftsmen and architects from AKG came to Ovakent for the assembly of the roof panels. In our last visit in June, after completing the paintwork for the cafeteria, we delivered a report to the National Education Directorate of Ödemiş District, describing what we did during the whole process. The school is scheduled to open in 2016-2017 academic year with the ongoing appointment of teachers and completion of shortcomings. Many thanks to Erginoğlu&Çalışlar Architects, AKG Gazbeton, Mustafa Aslantaş, Kadıoğlu Beton, Mehmet Bağlan, Havva Özkan, Hüseyin Temizel and all the residents of Ovakent.

Here you can find the photo album of the project. 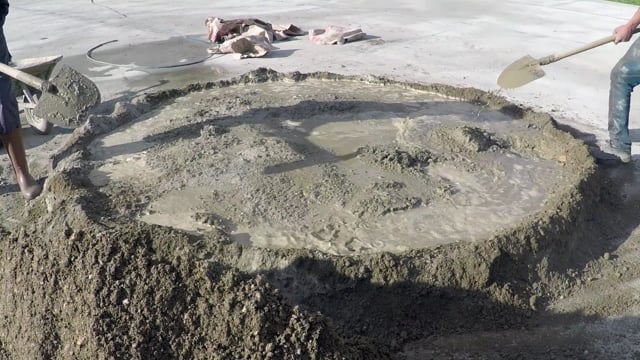