For whom: High school students
With whom: SALT Interpretation
When: 2014

Within the context of the ‘Re-Discovery of the Public’ workshop series organized by SALT Interpretation, a workshop named ‘Spatial Knitting’ was held on Saturday, March 29, 2014 in Salt Beyoğlu.

Sixteen students from different high schools of Istanbul attended the workshop where Beril Sezen, Emre Gündoğdu and Sarper Takkeci from the Herkes İçin Mimarlık (HiM) took part as coordinator. The workshop, which takes place in the forum area of ​​the entrance to the Beyoglu building, was intended to make experiments for creating a space with only one material which is rope. At the beginning of the workshop, there was a debate on the formation of space in relation with the ongoing Global Tools exhibition in the building.

The students, who were divided into 3 groups, made their productions using the columns in the forum area. As each group started to produce a certain area among the 4 columns in the first stage, it progressively linked both the work areas of the other groups and the other areas of the forum area. The workshop has also gain a participatory character due to the people coming to the ongoing exhibition on the forum.

You can reach the workshop photo album here. 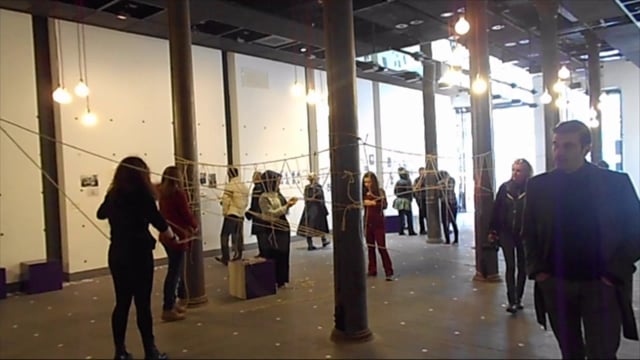