With whom: Kerem Erginoğlu, University students and participants from different professions
When: 2020

In 2018 we held a workshop with Kerem Erginoğlu called “The Vast Minority”* as a part of Vardiya (the Shift) project in 16th International Architecture Exhibition La Biennale Di Venezia Pavilion Of Turkey. The subject of the workshop, which researches and discusses the past and present of the social and collective housing issue and aims to generate ideas about its future, is about the relationship between architecture and housing, housing policies, economic and organizational dimensions of housing production, marketing strategies, democratic and participatory production possibilities and case studies.  Interviews, expeditions and discussions were held for that workshop. This study, in which the long-term research target on housing was concentrated, was thought to continue in the future and these studies were continuing at low intensity.

We decided to return to Nevzat Sayın’s call to think about the state of the house from the user’s point of view during pandemic times, again with Kerem Erginoğlu and investigating the reflections of the current period on the social and public housing users we have mentioned. In the study, in which we think to approach the subject on the relationship of the working population with the home rather than being typological, we investigated how the users transform their homes according to their needs, their relations with the objects that play a role in this transformation, and the spatial factors that cause the changes they want to make, enable or prevent them.

We would like to thank Nevzat Sayın, who invited us to the workshop series “Evin Halleri”, where you can examine other works here, to Kerem Erginoğlu, with whom we worked efficiently as always, and to all workshop participants.

You can watch the interviews with Öncül Kırlangıç and Nevzat Sayın as part of this workshop as a continuation of our interview series on the housing issue that we started in 2018 and the presentations made at the end of the workshop from the links below.

You can read the articles about each work in the workshop “The Vast Minority 2”, which took place between 4-21 August 2020 under three headings:

While housing can be handled with a simple concept such as home, it can produce neighborhoods, cities or collective spaces; a space of relaxation and interiority; it can refer to the realm of rationality and intellectuality*, the four walls we pay rent, the concrete blocks that have created a street in an adjoining order, our seasonal migration places, a bench in the park, the places we are forced to evacuate, high-rise buildings surrounded by fences, a single-storey brick building and more.

‘Stay at home’ calls made during the coronavirus pandemic made it visible how normal the houses with low living standards were. Within the regulation standards produced by the administrations, the housing models that are far from participatory approach, reinforcing social segregation, and where the cost and quality are in inverse proportion continue to provoke us to question the places where we live:

With this motivation; in the “Housing and New Possibilities” group, which is one of the sub-works of the workshop “The Vast Minority 2” held within the scope of the “Evin Halleri” workshop series, with 12 participants existing housing construction and usage relations were examined and new methods and possibilities were considered.

In the workshop, which was built on the question of whether it is possible for designers, management units and users, who are one of the main actors of spatial production, to bring new possibilities to the agenda and to produce alternatives; while working on probabilistic alternatives with the participants, the factors affecting the probability of realization of these alternatives were deciphered.

One of these factors is the residential user; rather than being defined over the term family divided into classes, categorized, and stereotyped, it was addressed with the term system typology with the motivation to destroy heteronormative perceptions. It was observed that intermediate systems are also possible, when divided into broad-core or patriarchal-matriarchal, the system and home use are reduced and cannot respond to the user’s requests with flexible possibilities.

During the workshop, “Planned Areas Zoning Regulation” was examined in order to analyze the effects of the administrations on housing production and the relationship that can be established with the possibilities. The situation where the limits of possibility position even the most common vision of the future in the utopian class; it has produced proposals to completely change the definitions section of the regulation, to create a new terminology, and to abolish some articles.

Examination of possibility alternatives from the perspective of system, management and designing actors; produced the subject of authority motives, which is another influencing factor. In the current situation, there has been a debate about who has more responsibility and how in which possibility alternatives. As a result, all the possibilities considered were analyzed in the context of which actor / actors’ authority.

Possibility alternatives produced in the workshop were discussed with all this element on the one hand, and on the other hand, they were discussed within the scope of ‘security areas’ created over the concept of belonging. New possibilities of housing; it was handled with separate requests, rights and flexibility demands at house (G0), apartment (G1), street (G2), neighborhood (G3), district (G4) and district (G5) scales. You can reach the outputs of the workshop here, where mostly new possibilities are discussed through natural light, clean air, green space, common space, flexibility, play and joint responsibility rights.

While the housing and personalization workshop was being set up, the effects of the pandemic in daily life and the approach that focuses on reading through objects that are constantly interacted in daily life but whose importance is not understood was emphasized in the discussions within the association. The focus was on the structure of a work that focuses on reinterpreting changing conditions and behaviors in the home through objects and discovering newly created conditions.

In this process, an approach was developed to show that the house can be viewed in three scales. The first is the relationship between residential use and object; second, the use of balconies and objects that function as an intermediate space in the public and private spheres and sometimes become a “stage”; thirdly, it was determined as looking at the house again with border manipulations and / or border creation made by the users with the readings made on the forms of interior use in the house. Various sources have been taken as reference for these three scales / approaches; attempts were made to collect data on reading from street elevation in a sample area.

From the very beginning of the workshop, it was seen that the use of the room gained importance due to the presence of all residents in the quarantine period, especially during the quarantine period, and the scale in the general framework was reshaped accordingly. It is possible to say that the first is handled as interior use and transformation with objects, the second as overflow from the room to the common areas, and the third as the use of the balcony.

While dealing with the effects of pandemics and general moods on domestic use, the house is shaped according to “occupation” or “work”; the need to create a place of your own, even if it’s your own home; taking into account the new bonds established with and through objects, various inferences have been made on rooms that transform according to the user. While making these inferences, the concepts of “hacking” and “occupation” were focused. While the hack is mostly evaluated on an object scale; occupation was mainly used to open up spatial situations. However, attention was drawn to the intersection points of the two concepts. For example, the concepts of both hacking and occupation were used to describe situations such as turning the dining table into a work table at certain time intervals. Different approaches to “hacking” forms have been developed. The ways of hacking objects through the transformation of objects, the division of spaces into time, border creation, border manipulation, time and grading of transformation were examined. Types of hacking have been reassessed within the framework of “tactical use”.

From the first meetings, the determinations made within the determined framework and the productions such as dictionary, guide, atlas and chart for their breakdown were included in the discussions simultaneously. The prominent situation in these possible productions was that the separate productions brought together the approach of forming a whole. As a result, the focus was again on how partnerships and dissociations would be and how they would be conveyed, and proceeded in the direction of narrating the above-mentioned evaluations and making a hybridization by including different stories in the personal stories in the workshop. In order to include different stories in this narrative, two questions were studied and a story matrix was created. A game setup that this story matrix will form a basis was discussed and production started in this direction. You can reach the booklet of the game called “Home Occupation Guide”, in which the prepared cards are printed out, here.

Aiming to investigate the establishment and use of temporary collective living spaces for groups such as migrants and seasonal workers, the “Temporary Mass Settlements” workshop examines the issue of housing related to coexistence practices, which is the main theme of the The Vast Minority, in terms of its own research topics, also deals with the issue of housing during the pandemic period invited by the series Evin Halleri.

In the workshop, 8 online meetings and 1 final presentation were held in 17 days with a group of 11 people, consist of participants who answered the open call and members of the association. Since the first meetings, the discussions on temporariness and dwelling have developed with the participants living in different places sharing the housing and working conditions of seasonal agricultural workers, migrants, health workers and disaster victims based on their current or past experiences. Seasonal agricultural workers subject from Turkey firstly held with an overview of the general seasonal agricultural labor. Then special topics like the living and working conditions of the Roman people in Balıkesir, Manisa and Edirne, which alternate between temporality and permanence, were discussed with examples of the temporary shelters of the hazelnut workers in Giresun. One-night accommodation for the homeless in a building in Lausanne, Switzerland, the idle accommodation forms of immigrants occupied in Rennes, France due to the epidemic, and the hospitality of healthcare professionals in a hotel and dormitory in Istanbul, were examples of discussing the relationship between housing and the personalization of the space. The life preferences of the disaster victims who were placed in the temporary disaster settlements built after the Elazig earthquake and the life possibilities and impossibilities in all other examples provided data for the development of spatial suggestions that establish possible individual-collective, portable or system infrastructure for temporary settlements. In the process of documenting all these examples and developing suggestions, Kerem Erginoğlu also contributed to the discussions and the development of the productions with his comments throughout the process.

The booklet prepared by the Temporary Mass Settlements workshop can be found here. 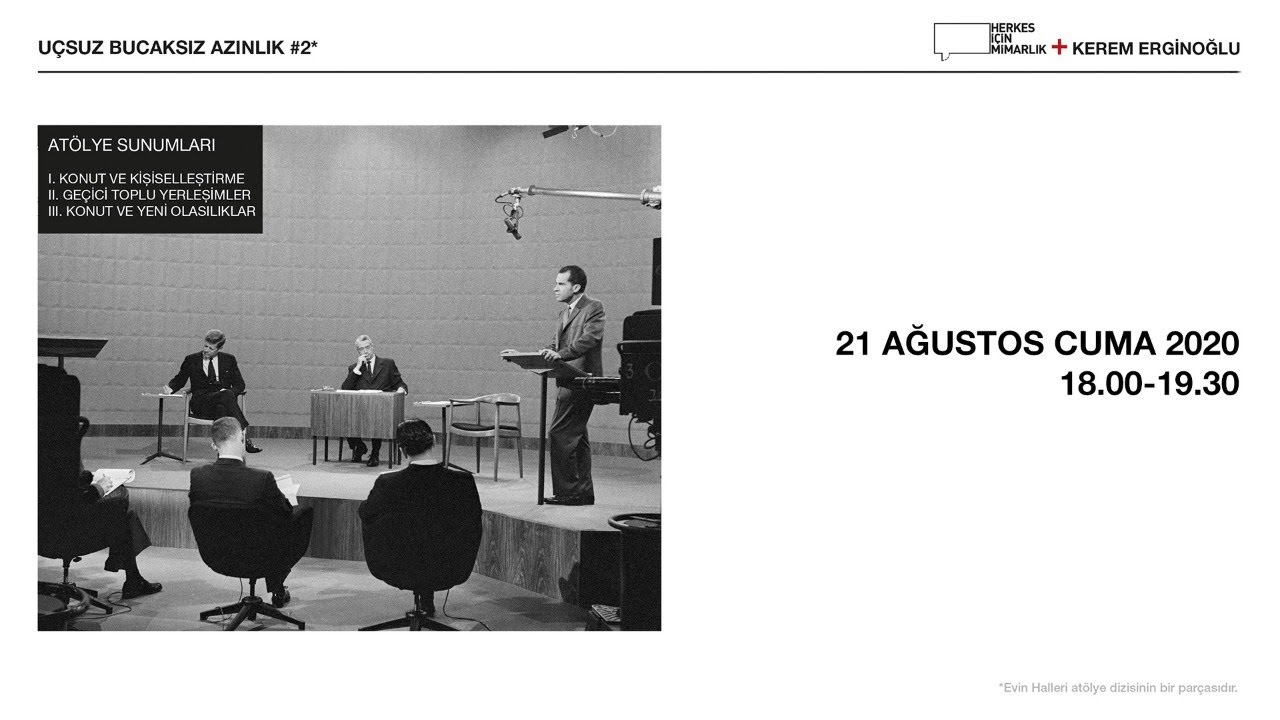 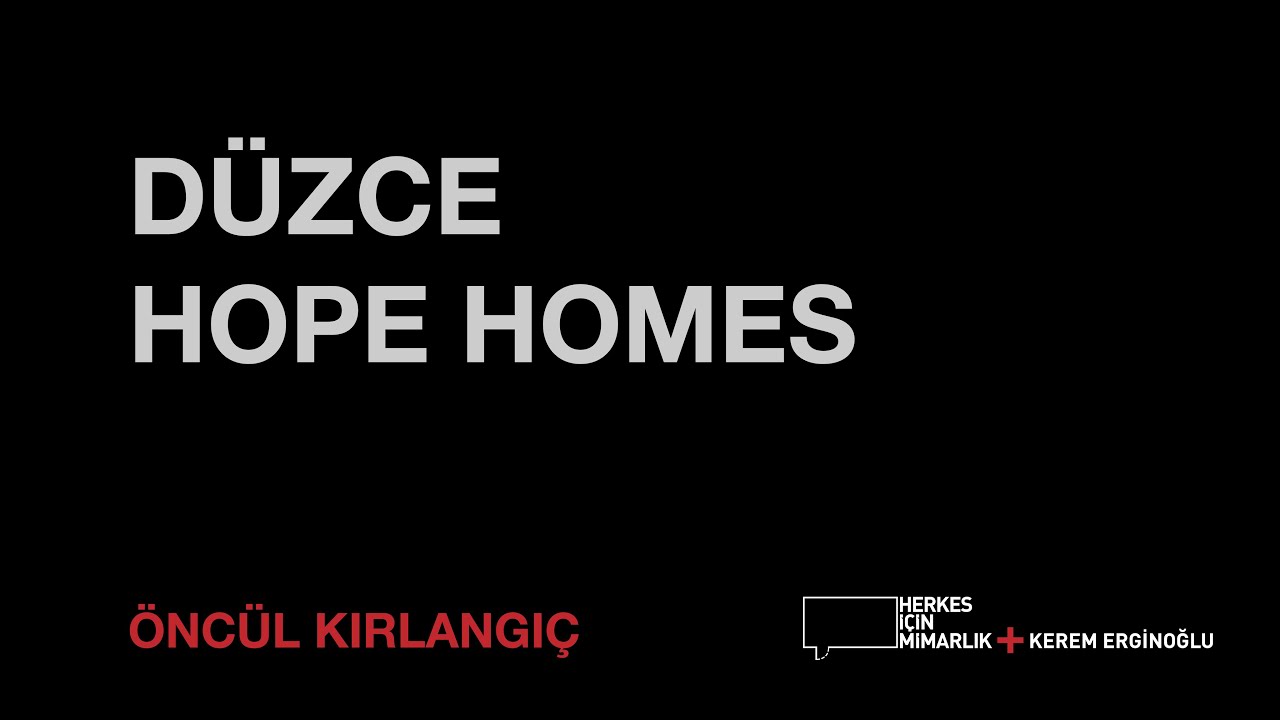 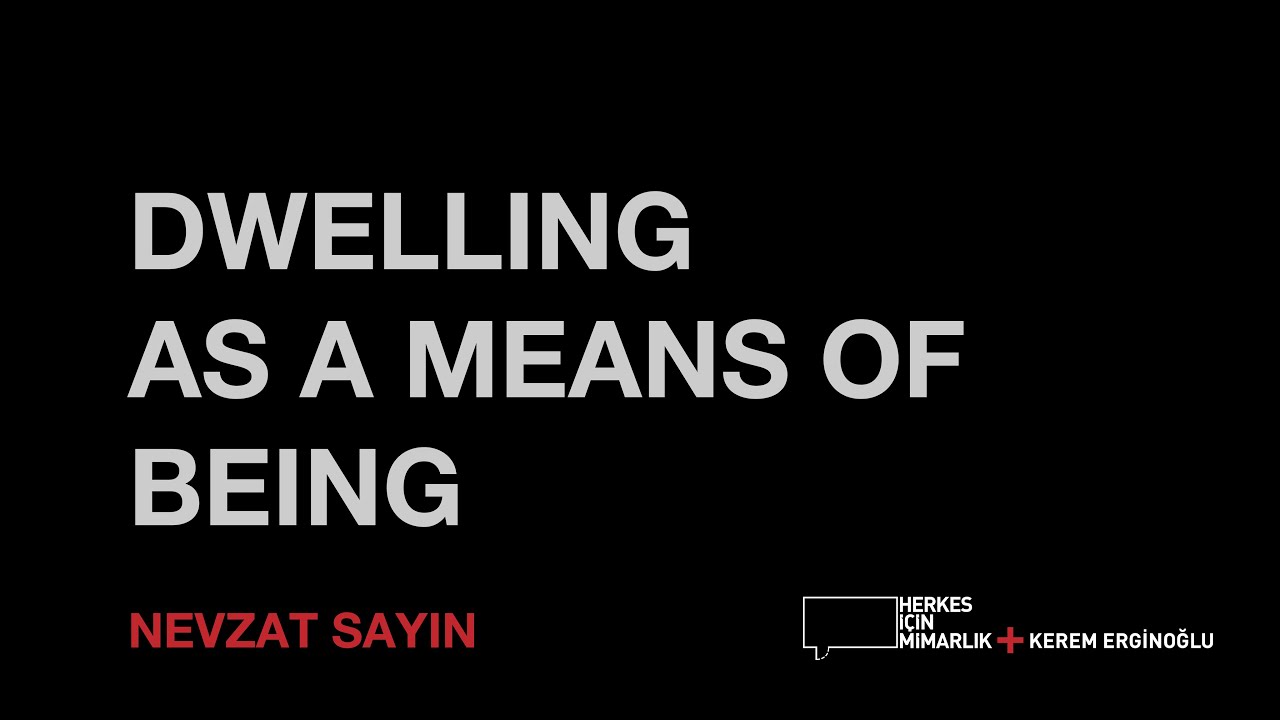