For whom: Women and children of Tokat Akın and Güryıldız villages
With whom: AÇEV, Volunteers and employees of AÇEV (Mother Child Education Foundation), university students, local craftsmen, village women and children, local volunteers
When: 2015-2016
Blog: https://tokatkadinvecocukmekanlari.tumblr.com

On January 16th-17th, 2016 we visited back Tokat for ‘Women and Children Spaces Project’ that we had been conducting with AÇEV (Mother Child Education Foundation) in five different villages of Tokat since 2014. We completed the last stages of our project in Güryıldız and Akın villages, which we had started designing in July 2015 with a series of construction and design workshops.

We went to Güryıldız village on the first day of our visit. We completed the work/the task with the help of the craftsmen who had been working since November. The largest room of the renovated kindergarten/pre-school building has been organized for the purposes of women’s meeting and education. The smaller room next door has been designed as a recreational area for women and a playground. We aimed to activate the inner volume and create a space for exhibition and play by fastening ropes to the hooks that we had installed to the walls on different levels. We enlarged the playground with the help of a tunnel built between the room and the old storeroom. We added shelves to the closets in both rooms to keep them as storage units. We changed the worn flooring of the building and repaired the roof, the electricity and the plumbing. We chose to build a stove for heating  like before since it is a relatively small structure.

On the second day, we visited Akın village. The second floor of the idle\inactive boarding house that is located next to the village school had been assigned for women and children. In this three-room area, we decided to preserve the kitchen with the addition of a sofa, which provides additional space for storage and seating. We designed the next room for women’s meeting and education and the last one has been organized as a study room and playground for children. We covered some faces of the iron boxes, which were produced for children’s room in different sizes, with osb, plexy and rope. Combined together, the boxes create a play tunnel and their covered upper faces produced an extra space for children. Again in this building we repaired the floor, the roof, the electricity and the plumbing. We installed radiators for heating. Because both of the two buildings have small rooms, we designed the seating and storage units and also the desks as portable.

We would like to thank Emine Kuzutürk and Gülsemin Akay and the AÇEV family, musician and the mukhtar of Keşlik, Şükrü Yıldız as well as Bekir Abi. In addition, we want to express our thanks to Duran Usta who worked with us to complete the woodwork and to women living in the villages whose hospitality is beyond our gratitude.

You can access the booklet here. And here you can find the photo album of the project. 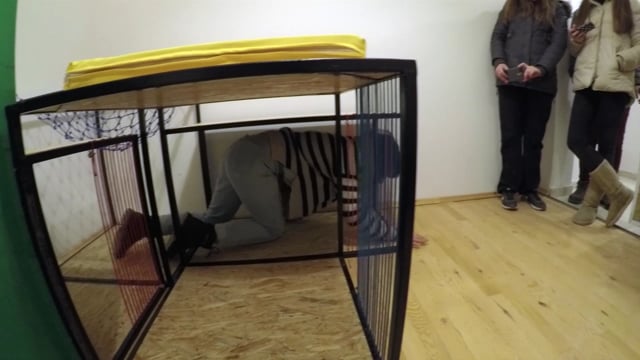