On 20-22 June 2019 we organized “Yapı Unplugged 02” workshop at 42nd Building Fair – Turkeybuild Istanbul. In this year’s workshop, we worked with Erzurum Atatürk Univestity Architecture Department and like previous year Building Fair and Arkitera were our collaborators. The workshop, which aimed to re-evaluate the waste materials that emerged during the fair installation for Erzurum Hınıs Ketenci village’s primary school, was attended by 42 students and graduates from 23 different schools’ departments of architecture, interior architecture, landscape architecture and urban and regional planning.

The workshop has the same the same idea like last year, which is to re-evaluate the leftover materials of the fair, and in this year we decided the target school 4 months ago. The chosen school was Erzurum Hınıs Ketenci village’s primary school, for which we started to work to meet the needs of it with the partnership of Erzurum Atatürk University Architecture Department and help of Ministry of Education Department of Erzurum and Hınıs District Governorship. We started to work for project with an expedition in April. 1st year architecture students in Erzurum developed projects and analyzes until the end of the semester not only about the school, but also for the whole village. Considering the situation of mostly wooden leftover materials from the fair installation, we decided to produce the library, seating groups and tables during the workshop, which were designed for the empty room of the school. According to the will of villagers, with these productions we aimed to transform the empty room in the school into a place of working and gathering for all villagers, not only for primary school students but also for the young population of the village, when they return from the schools they study outside.

On sunday and monday before the start of the workshop, with some of the participants, Yapı Fair Istanbul and Arkitera team we went to the fairground and separated some of the leftover materials from the installation. Especially, while paying attention to collect wooden plates, materials such as mdf and plywood were found valuable and less discarded by the companies and we were able to collect chipboard plates generally. Besides these, wooden pallets and crates were the most collected materials.

On the first morning of the workshop, we met the participants and talked about the productions we will make and the program of the workshop. After the short training of the occupational safety experts working with Yapı Fair Istanbul on the use of the tools, we also shared the features of the tools and materials to be used and the processing methods. Subsequently, we divided into three groups to discuss and elaborate on how to produce designs according to the materials and facilities available. The coordinator team and 7 students from Erzurum also divided in themselves and joined these groups. The fact that the participants and coordinators from Erzurum were included in the groups made it easier for other participants to understand the issue by getting detailed answers to their questions. At the same time, the fact that the designs were considered in advance provided a productive basis for working on the details, while at the end of the workshop, healthier results were produced. While the first day of the workshop was mostly carried out with the production of detail designs, the groups started cutting works towards the end of the day. While the new woods we bought for supporting the waste materials were cut for the structures of the units, materials such as chipboard, plywood and veneer board were cleaned and separated for surface coating.

On the second and third days, while cutting works were continued, assembly works were made mostly. The first three groups were divided into four during production and produced a seating tribune, a bookcase with a table that would serve as a separator in the room, a smaller bookcase in which children could enter, and rows that can be used as seats and tables when they came together. In addition to the many combinations produced by connecting the woods in three directions or by fittings, wooden insert details were also produced for the bookcase and table. During the works, as in the previous year, the visitors of the fair both wanted to get information and provided various assistance. There were even those who helped last year.

While some of the productions were completed at the end of the workshop, we separated what was to be assembled on-site and packed the parts. At the end of the third day, we made a presentation about the fair process and productions with the participants and completed the workshop with the certificate ceremony. After the ceremony, we loaded our productions, leftover materials and tools to the transportation vehicle for the next works in August and sent them to Ketenci.

We sincerely thank to ITE Turkey and Building Fair – Turkeybuild Istanbul, for enabling this workshop more efficient after the first one; to Arkitera; to Erzurum Atatürk Univestity Architecture Department for their harmonious partnership; to the participants who produced at an intense pace for 3 days; to all fair workers who help us to meet our needs in the field and to all visitors who are interested in and contributed to the workshop.

You can read the news made by Arkitera about the workshop, which included the comments of the coordinators and the participants from here. 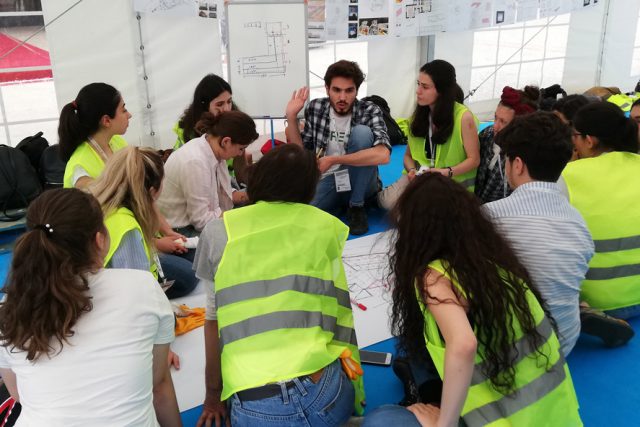 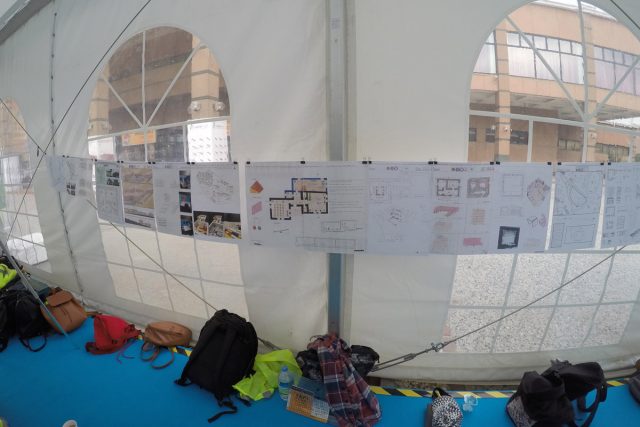 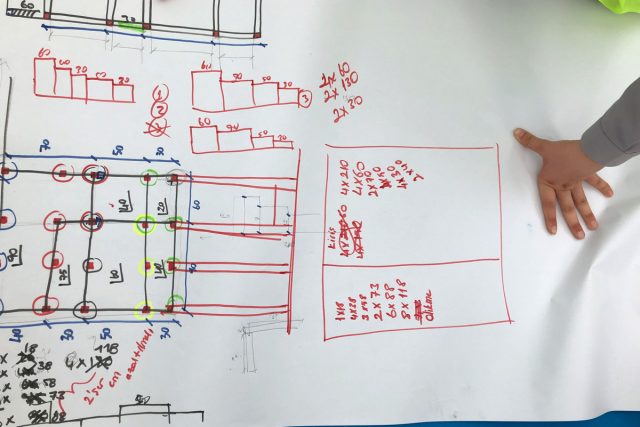 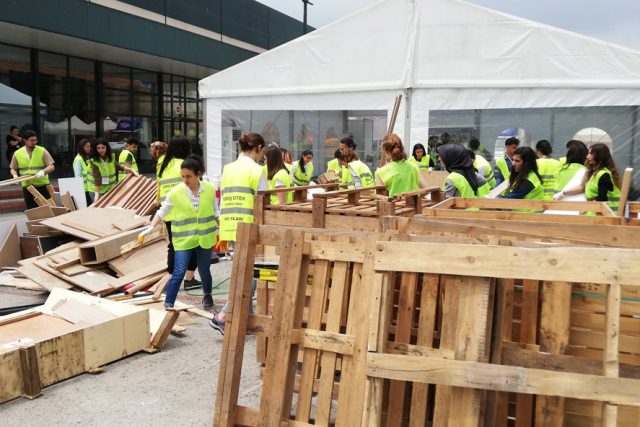 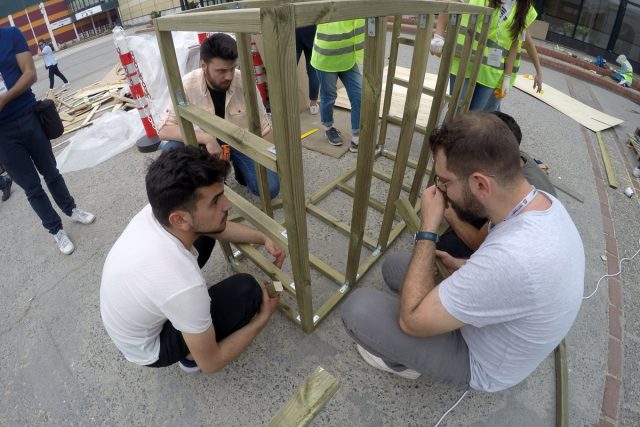 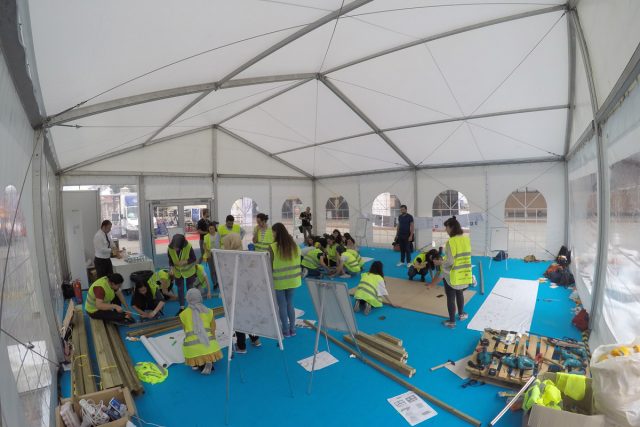 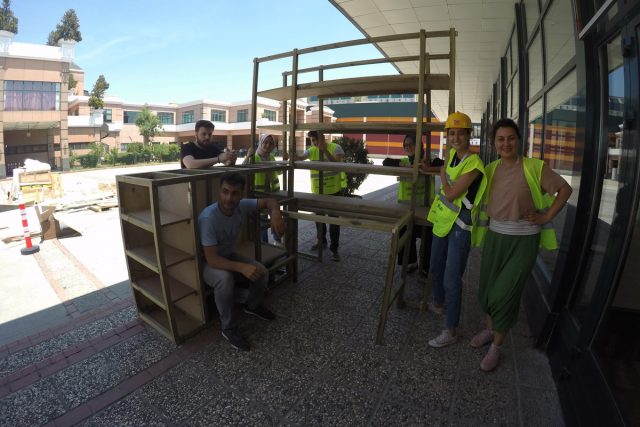 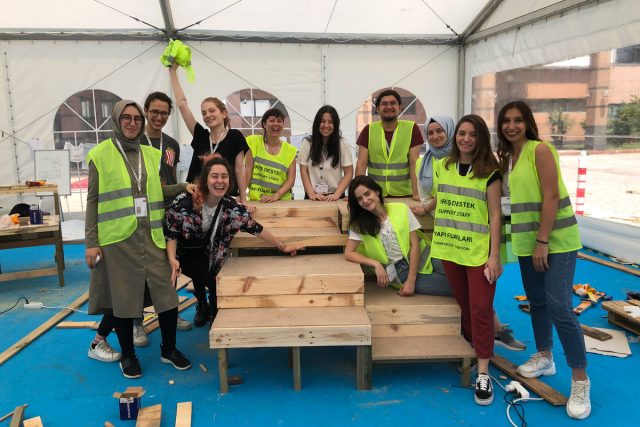 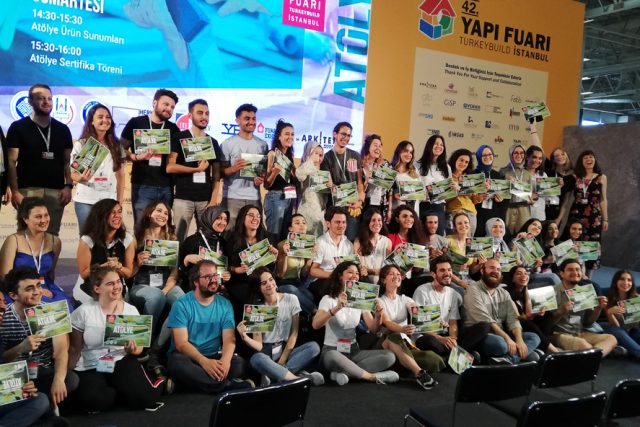 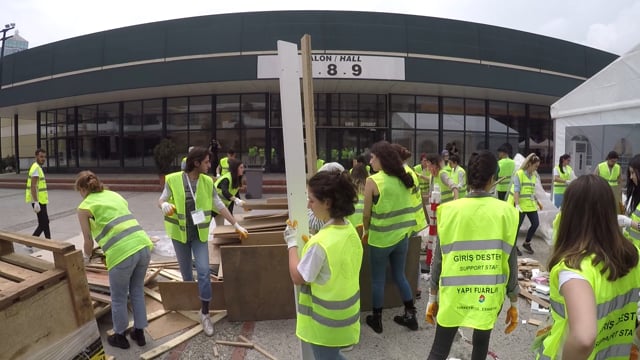 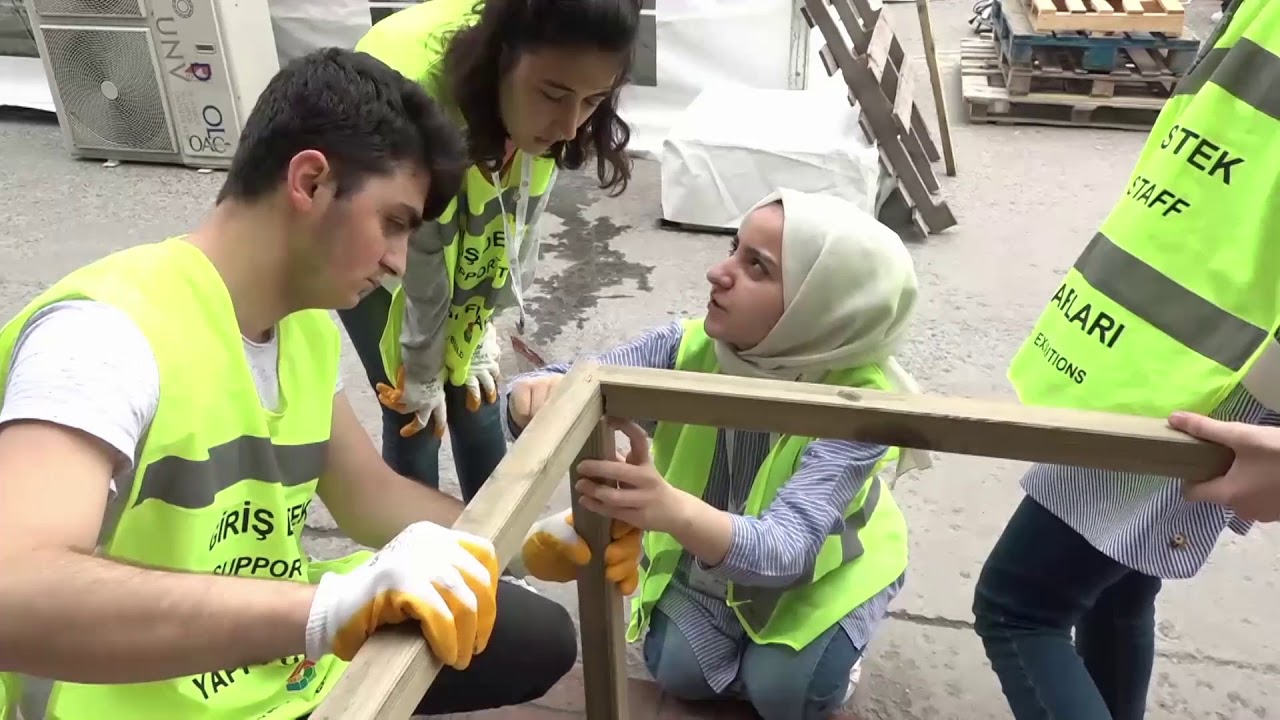